El Pinacate Biosphere Reserve is one of the few archaeological and geological regions in the North American Southwest that is mostly untouched.  But, there’s an exception!  In the 1960s and ’70s, the Apollo astronauts trained at El Pinacate for their mission to the moon.  That is because they chose this area for its rough and barren terrain.  They called it the closest match to the lunar surface they’ve found.  Of course, it turned ended up being much rougher than the surface of the moon.  Therefore, they were “over prepared.” For such a mission, that’s a good thing, right?

The official name of the reserve is “El Pinacate and Gran Desierto de Altar Biosphere Reserve.”  UNESCO, the United Nations Educational, Scientific and Cultural Organization named the reserve a World Heritage Site, back in 2013.  And, this reserve is one of the most significant visible land-formations in North America, seen from space.

Horacio Ortega Morales, the Deputy Director for El Pinacate Biosphere Reserve reported that El Pinacate and Grand Desert of Altar has seen visits to the area increase by over 80%.  And, it continues to rise steadily.

Senior Morales revealed that the last four years have seen an increase in visitors to El Pinacate Reserve of about 12 percent.  Before that, prior to the El Pinacate’s designation as a UNESCO World Heritage Site, he noted, they received approximately 11,000 visitors per year.  Therefore, this average has now risen to nearly 22,000 El Pinacate guests from around the world.  Also, during Easter, for example, the Reserve welcomed more than 1000 people.  And, this coming summer, they anticipate a significant increase in the number of tourists to the volcanic biosphere.

The years of effort obtaining needed infrastructure, which was expensive, have been worth it according to Senior Morales.  So, he stated that this is a great symbol of pride for all of those who’ve worked at El Pinacate and the Grand Desert of Altar, as well as for residents across the entire region.

A little history About El Pinacate

In 1698, a priest named Eusebio Kino, who was the founder of Mission San Xavier del Bac in Tucson, Arizona, traveled to El Pinacate several times.  Back then, he had climbed to the top of Cerro del Pinacate in order to prove that Baja California was not an island, but a peninsula.  That was the belief back then.  Unfortunately, he was not able to see that far from the top.  But, he was in awe, nonetheless. 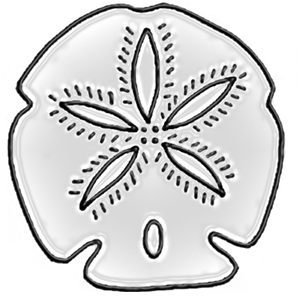 What an exciting time to purchase real estate in Puerto Peñasco.  … END_OF_DOCUMENT_TOKEN_TO_BE_REPLACED